The Sissy Feminizing Workout for an Hourglass Figure 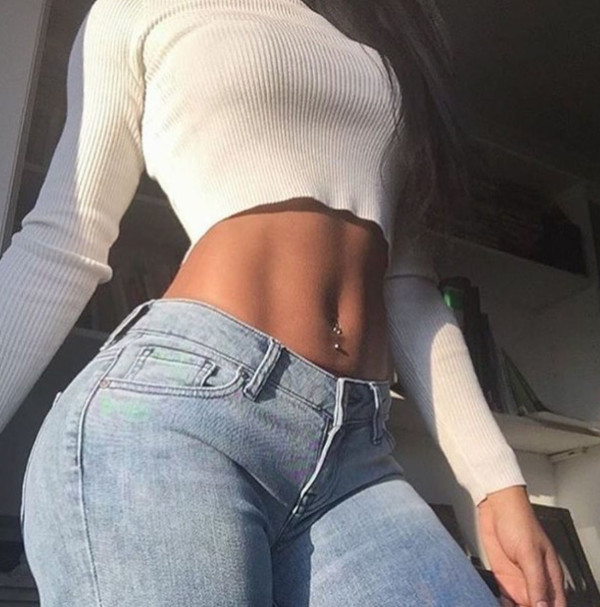 To begin with, this is not going to be your typical sissy workout article that parrots tiresome and out-dated advice about how squats, lunges and crunches will give you that desirable feminine figure.

If that’s the type of article you’re looking for, you’re gonna be sorely disappointed.

If, on the other hand, you wanna keep your sissy mind open to the idea that there might be a more efficient way to achieve the feminine body that you desire, then I invite you to read on.

What Kind of Results Are You Looking For?

I’m going to assume that you expect a sissy workout—aka feminizing workout—to give you a feminine, hourglass figure. Let’s first talk about what this so-called ‘ideal’ female figure looks like. 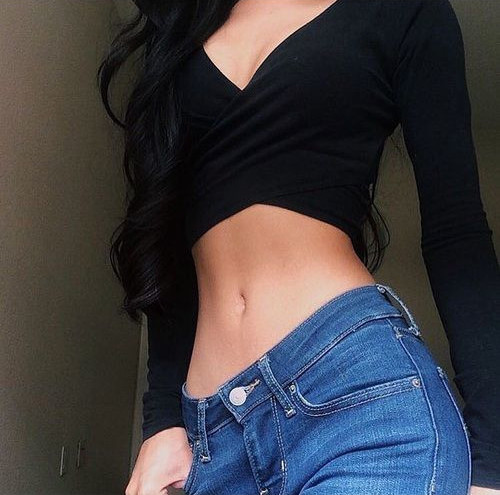 I think that most everyone would agree that a slender body is more attractive, desirable and feminine. Although that’s true for our current culture, it hasn’t always been the case.

Pre-20th century, a more voluptuous look—fat in the right places—was more in vogue. Back then, when food tended to be scarce, having a little extra junk-in-the-trunk was considered abnormal and thus carried with it a symbol of affluence—and attractiveness.

But that was then. Now that there is a fast-food joint on virtually every street corner, figuring out how to have a slim and sexy figure makes you exceptional, if not extraordinary… and exceedingly attractive.

But it’s not enough to be a slender sissy. We’re striving for that feminine-like figure. A tiny waist with a bigger butt and wider hips. That coveted hourglass shape which is timeless, and will never go out of style.

Any sissy feminization workout worth its weight in—fill in the blank—should focus on achieving a tiny, wasp-like waist along with wider hips.

A waist-to-hip-ratio of .70 is widely regarded as the perfect proportion that is most alluring for the feminine figure. Throughout recent history, a very high percentage of actresses and super-models alike have, or have had, a ratio close to .70. 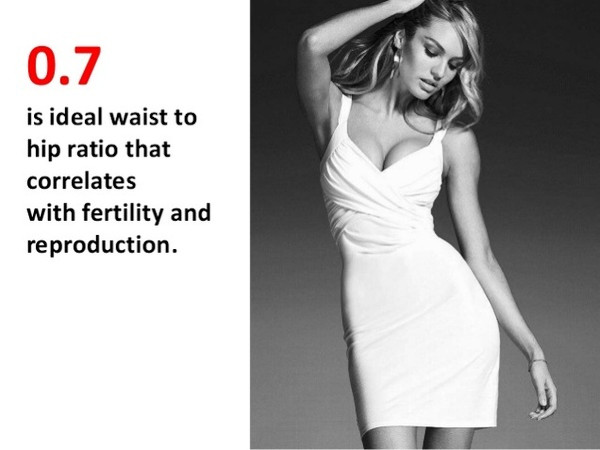 For us sissies however, a number such as that may be beyond our capabilities. As born-biological males, we simply don’t have the underlying hip structure that is necessary to achieve a ratio like that.

This sissy workout is going to focus on three areas:

I’ve listed them in order of fastest/easiest to obtain results—the fastest up at number 1 with the slowest/hardest at the end of the list at number 3.

Since it would be difficult for many (if not most) sissies to attain an ideal .70 waist-to-hip-ratio, fixating first on acquiring a slender figure should be the primary focus with any sissy feminizing workout.

If you’re looking slim and sexy, people will cut you some slack if your proportions are a bit out of whack.

A Slender and Sexy Sissy 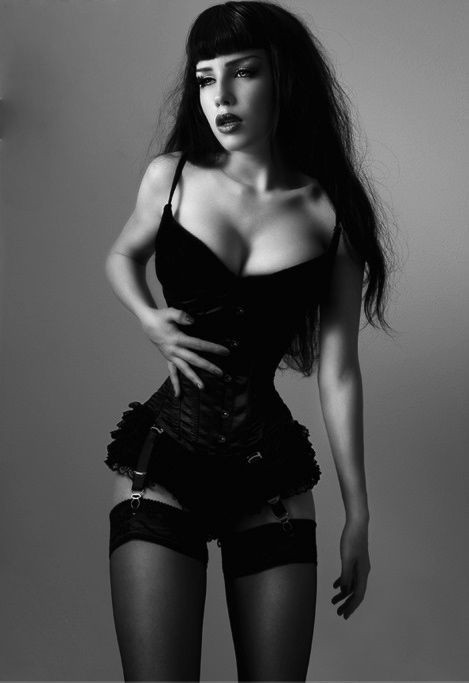 Although it’s not necessarily fast and easy to transform your body into something more on the slender side, it’s still faster and easier to do than the remaining two things on that list of three.

If it were easy to get an hourglass figure with an envious waist-to-hip-ratio, every sissy would do it. We’re not looking for fast and easy. Acquiring a sexy and beautiful body is a transformational process.

I wish I could give you a feminization workout that would magically enable you to shed those unwanted pounds that would transform you into the svelte sissy of your dreams, but the truth is that—80 percent of weight loss comes down to diet.

But this is a sissy workout article, not a weight loss one. If you’re interested in losing weight, I’ve written this article that focuses just on weight loss.

If you would like to learn about an exceptionally effective way to lose weight then you might want to check out the Custom Keto Diet program.

So, what should a sissy like you be doing as far as the other 20 percent—or the ‘workout part’ goes?

As a recovering cardio freak (as-in running and triathlons) and a former personal trainer, I’ve seen people completely transform their body from something that resembles a cargo van into a svelte and sexy piece of anatomical art. All through doing a LOT of cardio. All while eating whatever the fuck they want.

There are two problems with this approach to slenderness however.

But when you combine a moderate cardio workout schedule while removing crummy carbs from your diet—in conjunction with intermittent fasting—you can obtain some downright wondrous weight loss results. A trendy term for this is fasted cardio.

What type of cardio is best you ask?

While it’s tough to beat running for pure calorie burning, that’s not the optimal form of exercise for everyone. I suggest finding an activity that you enjoy doing. It could be swimming, biking, rowing, aerobics, Zumba, stair-stepping, hiking, fast walking, a spinning class or HIIT (high intensity interval training). Or something else that I failed to list.

You wanna establish a slender sissy foundation on which to build that hourglass figure on and a smaller waistline is a good place to start.

These days, I prefer to do it with diet, yoga, strength training and some swimming. To accelerate the slenderness process in the beginning, adding a cardio workout 3 to 4 times per week—combined with clean eating—will accelerate the process while providing a firm framework you can expand upon. 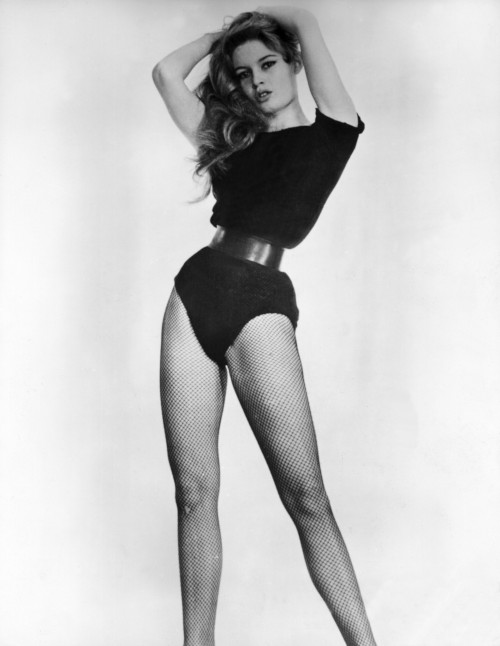 Reducing your waist measurement is the second area to focus on as it further builds upon getting slim—and losing weight around the midsection—as we discussed in number 1 above.

Since a sissy can’t make her underlying pelvic structure (as-in bones) bigger, reducing the waist is where we want to concentrate our efforts on next.

Much of achieving an hourglass figure relies on constructing an illusion. If our hip measurement remains relatively small, then a tiny waist will create the illusion of larger hips.

As they have in the past, some GG still use waist cinchers and corsets to simulate the very wanted and envied wasp waist and accentuate an hourglass look.

Waist training can, by itself, take an inch or two off your midsection—perhaps permanently—and is something a sissy such as yourself might want to look into. But that’s an entirely different subject that is beyond the scope of this sissy workout article. You might, however, find The Sissy Guide to Corset and Waist Training helpful.

Although ‘spot reduction’—especially around the waist area—continues to be a popular concept, it remains a myth (kind of like the unicorn).

Crunches, leg lifts and side bends will strengthen and tone the rectus abdominis (six-pac) and external oblique muscles. They will help in manifesting an appealing body while strengthening your core. But they won’t strategically reduce your waist size. For the most part, a tiny waist remains in the domain of diet. I know I keep returning to the diet thing, but it’s the goddamn truth.

That being said, there is one exercise that has shown to be effective in reducing waist size. It’s called the vacuum pose. This isometric (or static) exercise’s roots go back to ancient yoga and later was popularized during the golden age of body building—aka Arnold Schwarzenegger. 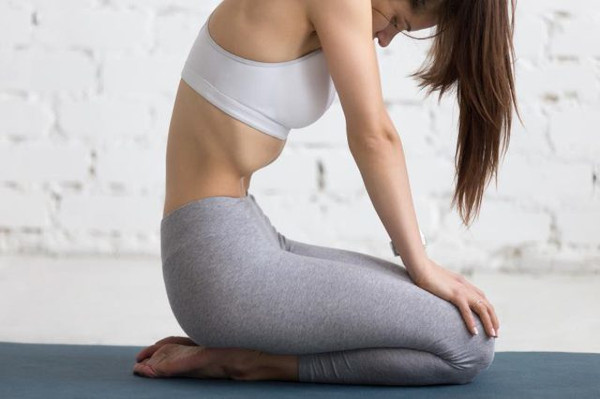 The vacuum pose tones and strengthens the much neglected transverse abdominis muscle which makes up the most inner core of all the abdominal muscles. While the VP won’t melt belly fat, it will tighten up your midsection and can shave a couple of inches off your waistline.

This exercise involves (after exhaling) sucking in your stomach as much as possible, trying to get your belly button to touch your spine. Here is a well-written article that thoroughly explains the vacuum pose in detail.

If you’re more of a visually stimulated sissy, then here is a VP video:

The core strengthening attributes of the VP has a side benefit of improving your sissy posture, which will help to give you an overall more feminine look.

Don’t forget that being born a biological boy, you most likely have wider shoulders than the average GG. This will help—along with wider hips—to create the illusion of a smaller waist, further enhancing the hourglass look.

While widening your hips will lower your waist-to-hip-ratio and accentuate your hourglass figure, this is the most difficult of three areas to achieve. For starters, there’s simply no way a biological male can increase the width of the pelvic girdle. It’s all bone!

So, we’ll need to concentrate on building up the surrounding muscles. The gluteus maximus is the larger one at the rear of the butt. The gluteus medius is the butt muscle that wraps around the sides of the derriere.

Although it’s good to increase the size of both of these muscles, the gluteus medius—since it’s positioned also on the side of the ass—will have a greater effect on perfecting the hourglass look. Sure, it’s nice to have your butt popping out behind, but that will make for a more pleasant side-view only. 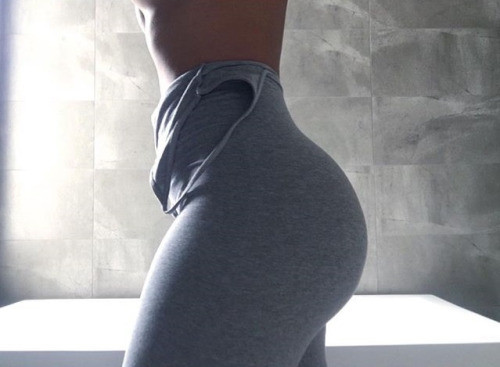 Still, a sissy feminizing workout should strive to make both of these muscles bigger.

When the subject of booty workouts come up, you hear a lot of talk about squats and lunges. Both of these exercises are fine but they don’t necessarily focus on the muscles in the butt. Rather they work both the ass and legs in unison.

To workout the butt muscles for maximum effect, you will need to concentrate on movements that isolate the two muscles already mentioned. The dynamics involved are fairly straightforward.

For the gluteus maximus, the most effective exercises are glute bridges, barbell hip thrusts and donkey kicks.

For the gluteus medius, you will want to concentrate on fire hydrants and other exercises that abduct the leg. Below is a video that shows how to target the side booty:

For other booty-building exercises that I mentioned above, I’ve already written an in-depth article—with several photos and videos—about how to get a bigger butt. You can find that article right here.

This is a really good booty workout video by Alayna June. She is a TG and definitely knows what she’s talking about.

We sissies, along with the rest of modern-day citizens, have been sitting on our neglected, but cute-asses-to-be for way too long. Building your booty up—especially on the sides—takes a substantial amount of consistent and dedicated effort.

However, if you truly want to enhance your hourglass shape, you will find the motivation to do what’s necessary.

If you find that you need some extra motivation, then there’s a popular booty-building program called Unlock Your Glutes that is super effective. It just might be perfect for you.

As I suggested earlier, a much easier path to that coveted .75 waist-to-hip-ratio would be by waist training using a sissy waist trainer or corset. Bunny Corset has a nice selection of quality—but still reasonable priced—waist trainers.

Then combine that with wearing some padded hip and butt-enhancing panties. You could even take this route while your sissy feminization workout program is in its development stage.

Regardless of which way you approach it, having an appealing hourglass figure is a more-than-worthy objective for any sissy.

If you’re interested in focusing on building your booty, I wrote an article specifically about how to do that. You may find it an interesting read: 6 Sissy Butt Popping Exercises That Work.