Should You Become a Sissy? Ask Yourself These 5 Questions 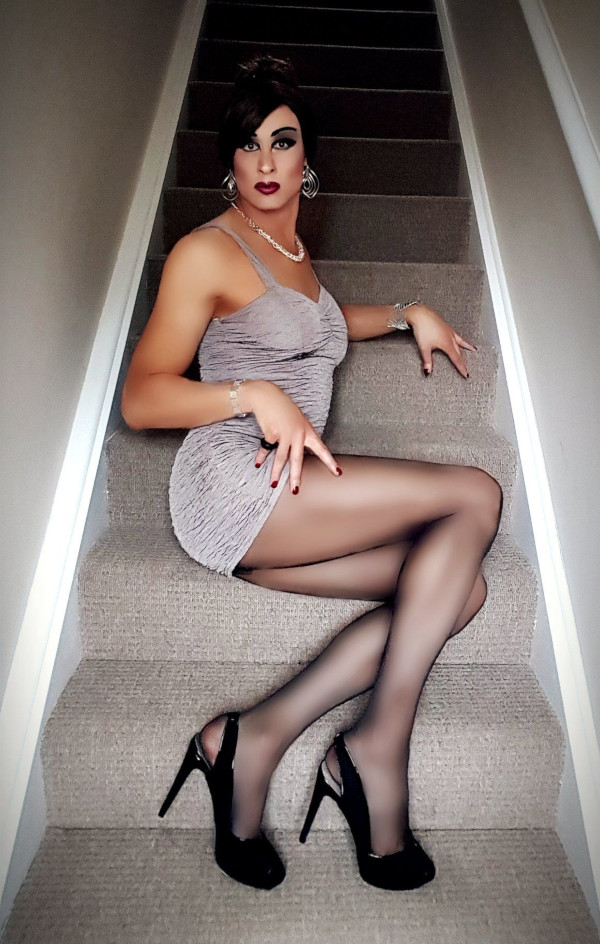 You might subscribe to the popular belief that becoming a sissy is not a choice. You either are or you’re not.

I’m not so sure about that.

Many so-called sissies adopt the sissy moniker simply because it sounds cool to be a sissy in these relatively enlightened times.

Not so fast sweetie.

Just because you’re a crossdresser and enjoy getting all girle-girled up on occasion, doesn’t mean you should aspire to becoming a full-fledged sissy.

From my own sissy perspective sissyhood isn’t always what it’s cracked up to be.

In fact—depending on who you are—it’s possible to live a more happy and fulfilling life as a TG or CD, without adding the sissification factor to this convoluted and complicated equation.

It’s never a wise choice to manufacture yourself into something that you’re really not.

But if you do have all the attributes of a true sissy, there are some damn good reasons for doing so. There’s not too many choices that will allow you to live a happier and more contented life.

But the question remains. Should I be a sissy? How are you to know for sure?

Well, nothing is for sure, but asking yourself the following five questions will get you pretty damn close to the sissy-fucking truth!

Question 1 – What Gender Do You Tend to Identify With? 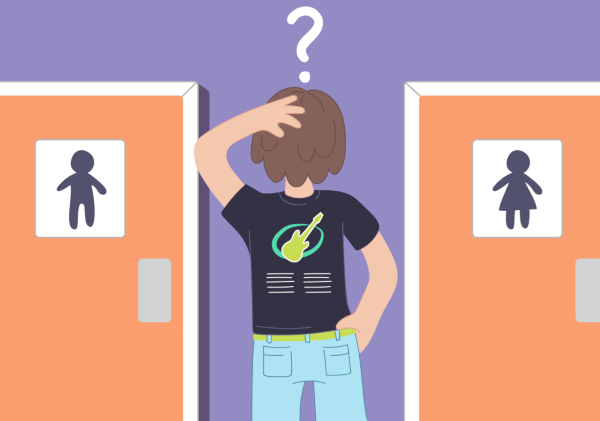 Although gender identity is not a make-or-break qualifier for being a sissy (there’s way more genders than there ever used to be), it’s obvious that sissies identify closely with the feminine form.

So the question is…

If you could wake up tomorrow and be—biologically—either a male or female, which one would you choose?

You don’t wanna use your analytical mind to overthink think this. What’s the initial, biological-at-birth gender that pops into your brain?

If it’s male, you may not be cut out to be a sissy.

Female? You likely have some serious sissy potential.

Not sure? Take some time and do some even more serious thinking on what you really want. 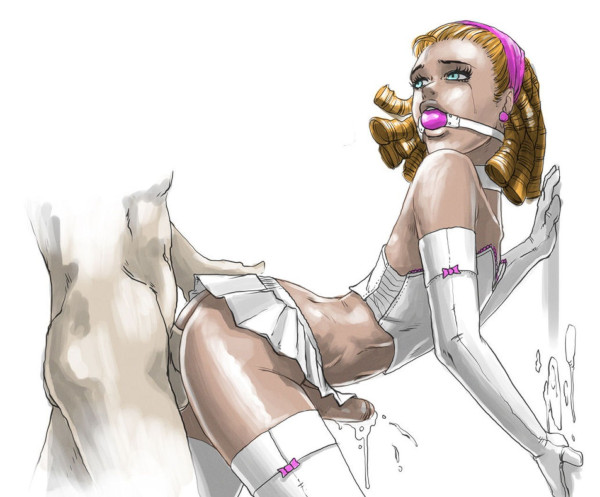 It goes without saying that, no matter what gender you identify with, an orgasm will take the edge off of your sexually aroused horniness. That’s natural.

But while in the throes of sissy orgasmic ecstasy—whatever that looks like for you—how do you feel about yourself post orgasm?

Disgustingly dirty and full of shame, guilt or regret?

On the other hand, if you feel neutral, positive or otherwise pleasantly satisfied, then it seems like you’ve come to terms with your sissyness. It’s something that is naturally part of your being.

Question 3 – Are Your Sissy Desires Enhancing Your Life? 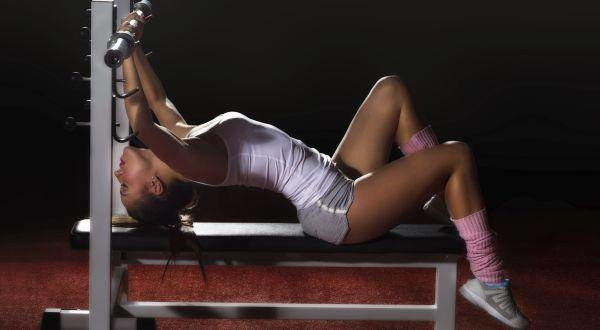 Indulging in sissification endeavors will cause you to indulge in certain activities. The question to ask yourself: are these actions a positive influence on your life?. Does becoming a sissy inspire you to:

Or do they lead to:

If your sissy desires lead to activities that make you feel good about yourself, then becoming a sissy sounds like it would be a good thing for you to pursue.

If your sissy inspired actions don’t leave you feeling so great, then maybe you aren’t psychologically equipped to handle a sissy lifestyle.

It’s really difficult to be objective about these things. Reflect on them when you feel clear-headed enough to do so.

BTW… that moment of clarity can often be right after an orgasm.

Question 4 – Is Your Sissy Self Compatible With Your Masculine Nature? 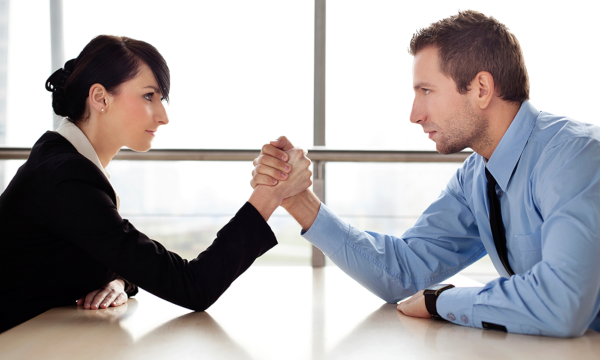 It’s good to have some semblance of congruity here.

Does the sissy within want to have a shrunk-down clitty incapable of orgasm while your male ego desires a rock hard cock to fuck pretty girls with.

That could be an area of concern. It would be challenging to pull of both scenarios—for very long anyway.

Your sissy side desperately yearns to be a fuck-doll for a hunk-of-a-he-man while you’re completely heterosexual while in male mode.

Or perhaps, while all dolled up, you want to plaster your sexy photos online for all to admire. As a male however, it’s important for you to keep your sissy lifestyle super-discrete because of business and personal reasons.

In the latter case, getting busted as a sissy could come with some very serious emotional and financial consequences.

Putting yourself in a situation where there’s just ‘too much to lose’ might be a not-so-smart idea.

If there are some stark incompatibilities between your sissy and male personas, it will foster dissonance and confusion. A happy sissy has satisfactorily reconciled these issues. She knows and accepts who she is.

Question 5 – Are Your Sissy Desires A Compensating Mechanism For Your Lack of Romantic Success With Women? 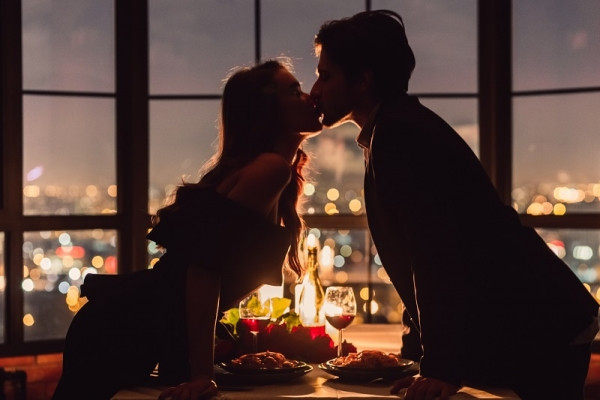 This a touchy subject and one that is easy to gloss over.

There’s a lot of courting, dating and sexual pressure that comes with being a biological born male in western culture.

As a man, you are expected to:

That’s a lot to ask for many so-called men.

If you’re not the best looking guy and/or lack confidence around women, it’s easy to become frustrated and wind up settling down with the first female who gives you the time of day.

That’s a recipe for an incompatible and a unhappy relationship.

If you’re not blessed with an adequately sized cock, you might be intimidated by an attractive woman—so much so that your dick is actually afraid of pussy, and shrinks down accordingly at the most inappropriate times.

All of this can sometimes be just too much to handle for any male who is inexperienced and uncomfortable around women.

Now-a-days, its so much easier to merely give up and surrender to this seemingly hopeless situation.

Confronted with the real possibility that you will never be able to be with the woman of your dreams, why not just become her instead?

Be a sissy and become who you desire.

This is where things can get tricky. This is when you need to ask yourself:

“Am I becoming a sissy because I don’t want to do the personal growth work that is necessary to successfully date and have romantic relationships with women?”

”Should I be a sissy because I’m pretty small down there anyway and have never had one iota of alpha-male residing in this joke-of-a-male person… EVER?”

Tough questions for sure. But you need to answer them with brutal honesty.

You don’t wanna live your life with regrets or harbor resentments of how things could have been if you only had the guts to follow your heart and become who you REALLY want to be.

If you can confidently walk away from your male ego (preferably in short, sexy, high-heeled steps) and never look back—embracing the fact that you’re no-where-near-worthy to ever fuck another girl again, then…

The question, ‘should you become a sissy’ is a definite no-brainer. You absolutely should!

If you’re not so sure, then it might be wise to consider your other options. There are always more than you think there are!

Hopefully the preceding five questions will help you come to terms with how you fit in with this whole sissification thing and whether you should be a sissy.

Still Wondering If You Should Become a Sissy?

If this article resonated with you, you might also like Are You a Sissy? 10 Ways To Know For Sure. I wrote it in a more playful-like tone that I think you will enjoy.