Note: This is Part 2 of the 3 part “The Sissy Weight Loss Manifesto” series. For optimal results, skipping past Part 1 – The Why, or skipping to Part 3 – The What, is NOT recommended.

f you wanted me to, I could show you how to lose 10 pounds in two weeks. Like many others, I’ve done it. There’s no special sissy science behind it. But I really wouldn’t be doing you any favors.

Yes, you would most likely lose the 10 pounds in the specified amount of time. But that doesn’t mean the excess ‘junk-in-the-trunk’ would necessarily be gone forever—it probably wouldn’t. It would be much better and waaaaay more effective if you could view losing weight from a loftier perspective.

Looking at Weight Loss as A Process 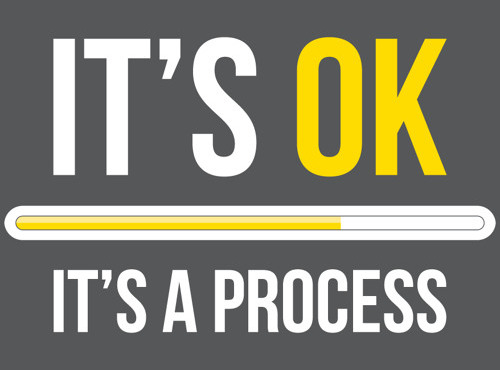 I’m confident that you’re already aware that 90% of people who lose a significant amount of weight—including sissies such as yourself—gain it all back (and then some) within a few months. For a man, that’s no big deal… just go out and buy some bigger pants.

For a girl like you that would be an unmitigated disaster. All those beautiful, and possibly expensive, clothes that you could no longer fit into would be a devastating turn of events. We don’t want you to experience any of that.

If you want to be a slim and sexy sissy, for the remainder of your feminine life, then you will want to approach your weight loss journey with more of a long term mindset.

Like achieving anything else in life, losing weight permanently comes down to a process. And that process begins with becoming aware of what’s going on inside of your beautiful brain.

Who Do You Think You Are? 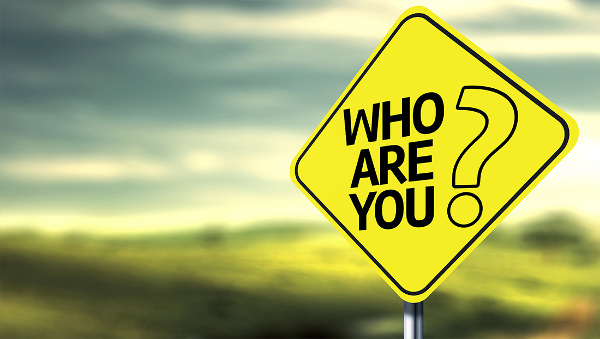 Have you ever wondered why no matter what size people happen to be, fat or skinny—or somewhere in between, most of the population’s weight doesn’t really change all that much?

Sure, there might be normal fluctuations of a few pounds throughout the week or month, but for the majority of people, unless they’re crash dieting or on a binge-eating spree at the local smorgasbord, their weight is pretty much stabilized.

The reason for this is that we all have an internal ‘weight thermostat’ that is set to—more-or-less—accurately reflect what we believe, at a subconscious level, what we think we’re supposed to weigh.

Just like the thermostat in your home which keeps your house at a constant temperature—within a couple of degrees anyway—your weight thermostat functions in the same way.

But unlike the t-stat in your home, where you can easily set it to any temperature you like, the setting on your internal weight thermostat is not so easy to change. That’s because it’s set by your internal self image.

What your body looks like—including what you weigh, is, at the most basic of levels, what you believe to be true about yourself. Since we’re not always consciously aware of our inner-most thoughts and beliefs, this concept can get a bit tricky.

You have to become self-aware enough to realize that your underlying beliefs about yourself are stealthily responsible for what your internal weight thermostat is currently set to.

You can only be, and therefore have, what you truly believe you deserve. That’s true for every part of your life, including your weight. This psychological concept explains why people have such a difficult time changing their life circumstances.

It’s damn daunting to change what you believe about yourself at the sub-conscious level. That’s why a high percentage of lottery winners find themselves broke within two years. It’s the same reason why someone who loses a significant amount of weight in a relatively short period of time, gains it all back not too long afterwards.

Although it’s incredibly difficult to re-set your internal weight t-stat and change what you believe about how your body should look overnight, it’s entirely doable using a more methodical, systematic approach.

You can use a technique to lose weight by taking several short, sissy-like steps instead of attempting to accomplish it with a single, ginormous quantum leap (aka, crash dieting).

The Concept of Weight Compartments 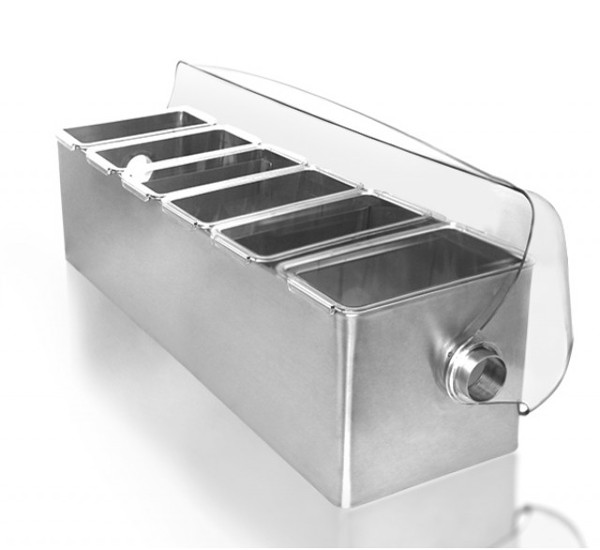 What’s critically important here is to accept your current weight compartment without beating yourself up about it. Try looking at your present weight with a neutral, detached frame of mind. I’m not saying you have to like what you weigh, just accept your weight, minus any nasty judgments.

People over-eat for a myriad of reasons, most of them being emotional or psychological. Although it may be important, at some point, to understand what these reasons are… we really don’t have time to explore them right now.

What is important to realize is that by harboring negative emotions about your current weight, will only make it more difficult for you to move down to a lower weight compartment. Saying to yourself something like “I’m a fat-ass sissy”, only serves to surround your current weight compartment with an emotional charge which tends to make it more real—locking it into place.

Viewing your present weight in an honest and unbiased manner removes all the drama from the situation, helping you to see the truth—that what you currently weigh is merely a temporary condition rather than a permanent part of your life. Embracing this perspective makes losing weight much less of a struggle.

Please allow me to share how using this concept of weight compartments has worked really well for me over the past three years. My drivers license lists my weight at 160 pounds or 72.5 kilos. While living in that compartment, I would typically weigh somewhere between 160 and 165 pounds; my weight range compartment being 160-169 pounds (72.5 to 77 kilos).

When my desire to be a muscular macho-man began to waver, my weight dropped down and leveled off to 155 pounds. My new weight compartment was now 150-159 pounds. I had traded my old 160 pound body into a slightly slimmer 155 pound version. This was now my new identity—my new belief— of what I should now weigh.

Of course I decided to make some lifestyle changes in order to transition to this lower weight-class. I was drinking less beer and eating healthier, but it was natural and easy for me because this is how a 155 pound person lives their lives. I was satisfied to be in this newer weight compartment for around 5 years. It had become my new ‘normal’.

As more of my sissy nature began to surface, I decided I wanted a slimmer, sexier and more feminine looking body. Being in the 150’s wasn’t doing it for me any longer. Wanting to drop down into the 140-149 weight compartment was a BIG deal for me!

As I was moving in that skinnier direction, I wasn’t able to consistently stay there. I fluctuated between 147 and 152 pounds over the course of a year or so. Psychologically, I didn’t yet see myself as a person who weighed-in at 140 something.

In other words, my long-held beliefs concerning my weight were not in alignment with my desires.

But after I was able to spend a greater percentage of my time at 147 pounds, my self-image—my internal weight thermostat—eventually became more congruent with my sissy weight loss aspirations.

Soon I had left the 150’s in the dust and took up semi-permanent residency in the 140-149 weight compartment. I say semi, not because I was ever going back up to a more manly 150 pound weight range… on the contrary, I was setting my sissy sights much lower. Could it be possible for me to get into the 130’s?

As I mentioned before, my driver’s license indicated that I weighed 160 pounds. My height was listed as a proportionate 5′ 9″. But I was never legitimately that tall; closer to 68 inches in reality. Since guys usually want to be taller so I fudged my height up.

Losing my desire to be a man was giving me a different perspective on height. Most girls don’t want to be tall. I actually stand at 67.5 inches or 171.5 cm. I now round that down to a more feminine 67 inches.

Of course what I’m doing here is using my reduced height to rationalize a lower weight. What sounds sexier… 5′ 7″ and 140 something or 5′ 7″ and 130 something? What began as a pretty much unobtainable dream/desire to weigh 137 pounds has turned into a reality for me.

As I write these words, I weighed myself this morning at 135 pounds—with my panties on! I can safely say that I am now a permanent sissified citizen of the 130-139 weight club. Yep, that’s the real me below. 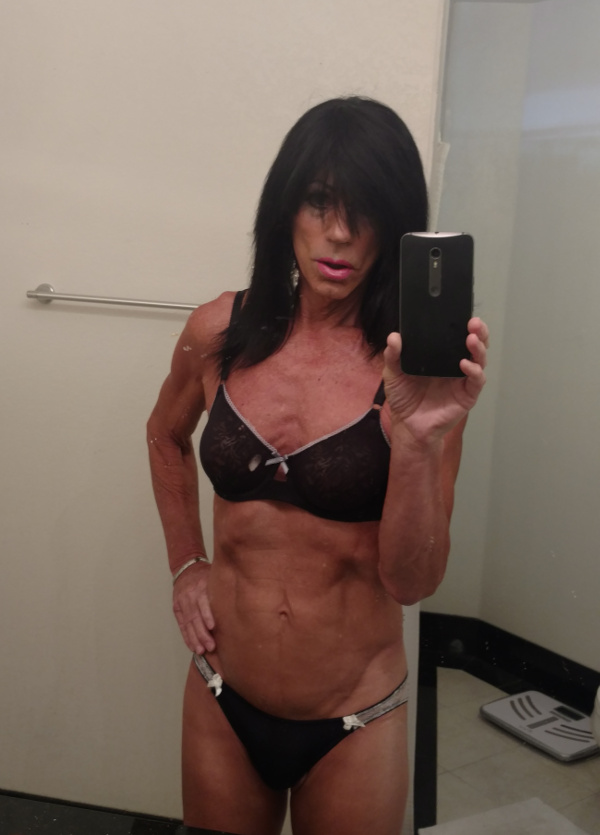 This is a break-down of how the time-frame transpired. I keep a spreadsheet of my weight (I’m such a sissy nerd):

It was imperative that I spent a significant amount of time in each weight compartment so as to allow my self image to ‘catch-up’ with my new, lower weight.

It took me over 3 years to go from 155 pounds to 135 pounds. Yes, I could have lost that 20 pounds in less than three months if I had really wanted to. But, like I stated earlier in this article, the weight wouldn’t have stayed off.

Three months just isn’t enough time to change your deeply held beliefs about who you are. After 20 pounds of relatively rapid weight loss, I still would have psychologically been a 155 pound person—and would have acted accordingly in putting the weight back on.

It would have been a classic case of subtle-self-sabotage at its best.

Back in 2016 my internal weight thermostat was set to reflect something between a more-or-less 155 pound macho male and a wanna-be sissy. Now I identify as a 135 pound serious sissy—and a slim and sexy one at that.

The past three years has been an identity-changing process; and it was the perfect time-frame for me to do it in. Is it possible that you could change your identity, weight-wise, in a shorter amount of time? Maybe so.

Creating a New Identity For Yourself 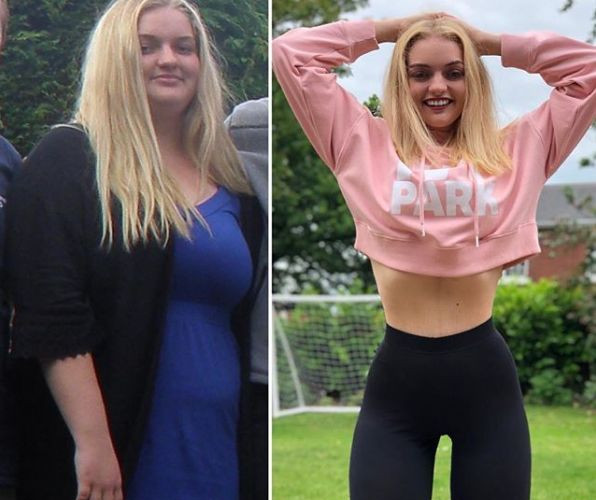 As a sissy, you can weigh whatever you want. You don’t have to be a skinny-assed sissy… but if that’s your desire—and it might be since you’re reading this article—then you will, over time, need to change your identity by re-setting your internal weight thermostat.

It’s neither necessary nor advisable to try to hasten the process. It takes some time. You just need to patiently progress into your new you.

Improving your life in any way is a matter of embarking on a process that entails constant and consistent progress. During this journey you are methodically morphing into something different… creating a completely new identity for yourself.

You really can’t short-circuit this identity-changing process. Your desires must be congruent with your current beliefs about yourself, otherwise you’ll experience what is called ‘cognitive dissonance’ and any changes just aren’t gonna stick. You can’t fake a new identity—it’s gotta be real.

If you’re willing to embrace this WAY of losing weight and not succumb to the “I want it all—and I want it now” attitude so prevalent in our impatient culture, then you might be interested in what physical actions you need to take in order to permanently lose weight.

Are You Ready For The “WHAT”?

As a former compulsively obsessed runner—turned certified personal trainer—turned professional dieter—turned skinny sissy, I have been able to zero in on the most effective and healthiest methods to lose weight.

That’s what Part 3 – The WHAT of the “The Sissy Weight Loss Manifesto” is all about.

Now that you have this crucial ‘mindset’ part of weight loss down, then the actual actions you need to take become an after-thought… just an ongoing part of this sissy-getting-skinny process.

It’s now time to set your sights on the next lower weight compartment and move on to the WHAT.