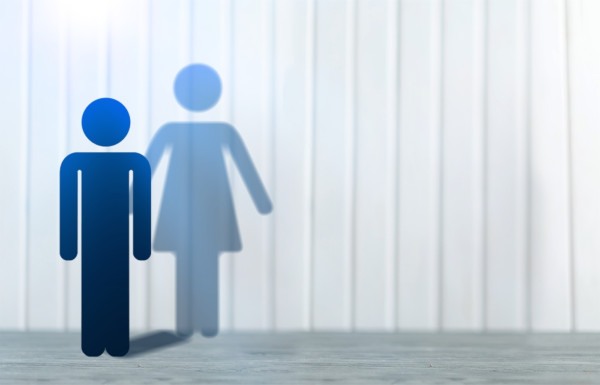 Have you ever wondered or fantasized about transitioning into a full-time girl? Or maybe it’s more than just a fantasy. Perhaps you’ve seriously considered making the switch from male to sissified female.

Let’s be real… most sissies don’t find themselves in a situation that is transition friendly. There are unsupportive wives, other family members, friends and certainly careers that oftentimes stand staunchly in the way, effectively creating formidable road-blocks to realizing your sissy desires.

But maybe you aren’t in a relationship. You might be a student, retired or maybe work from home. Could be… you don’t have any kids, or they are grown-up and are living their own lives now.

There’s absolutely nothing standing in the way of you becoming the woman of your dreams.

You’ve managed to come up with some solid-as-concrete reasons why transitioning can never be for you.

What if I were to suggest that that your so-called reasonable reasons for not pursuing your feminization fantasies are not valid arguments at all. That they are merely conjured-up myths-of-the-mind. Or to but it more succinctly…

But if you insist on treating them as ‘eminently good reasons’ then okay, I’ll go ahead and humor you for just a second. But it is my intention to show you that all of your compelling justifications are merely just flimsy excuses. 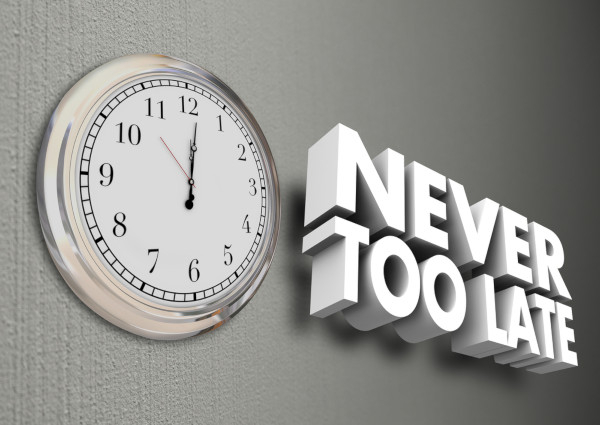 Age can be used as an excuse to not do anything. You can be too old to go back to school, have kids, get in shape, travel the world, learn to sing and, yes… even transition.

The truth is that except for maybe a very few things (like climbing Mt Everest or dunking a basketball), you’re not too old to do anything, other than that what you are telling yourself you’re too old for.

Anne Koch—her book is excellent—transitioned when she was 63 years old.

Caitlyn Jenner was 65 when she decided to make the switch. There are several women who have transitioned while in their 70’s. So if they can do it, why not you?

The cool thing is that with new knowledge and developments surrounding the anti-aging and longevity areas of study, it’s possible, with the proper mindset and dedication, to turn back the biological clock and turn the aging process on it’s head.

For a perfect example of what’s possible, take a look at Dolly Parton. She’s 75 and looks amazing!

The best time to transition was when you were younger. The next best time is now. 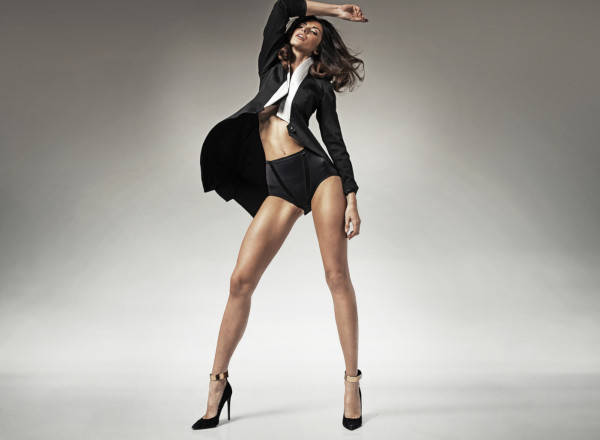 Both of the above mentioned transgender women are 6’2″ – 6’6″ (at least) in heels. Apparently, they didn’t allow their height to prevent them from becoming who they really are. Nor should you.

There are lot’s of six foot tall GG girls walking around out there. They don’t run away and hide in the hamper.

It’s all about attitude and effusing self-confidence. The world will accept you if you’re willing to accept yourself. You might wanna read this Reddit thread for some inspiration.

Using the “I’m too tall” excuse is more than a little lame. Don’t do it. 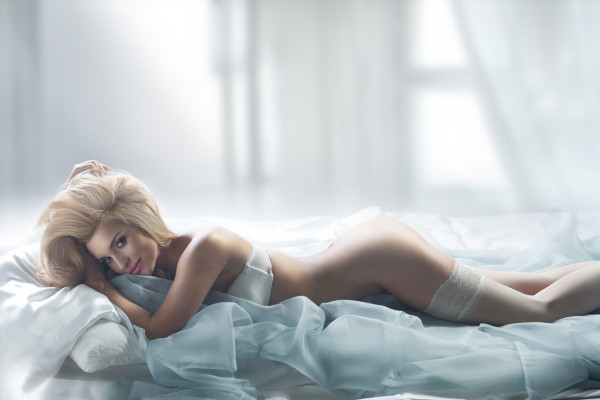 We’d all like to be a bit better looking. But if you start comparing yourself with all the stunning trans girls out there, you’ll be perpetually disappointed.

The thing is… with hormones, facial feminization surgery, skillful makeup application and weight loss, you can become a pretty damn attractive woman.

Add fashionable and/or sexy clothes to the above mix and there’s no limit to how good you can look. Yes, MtF transition requires time, dedication, money and courage. But the finished product will be well worth it.

Not all TG women walk around looking delicate, weak and waif-like, as if they’re in constant need of protection. A girl with some definition and muscle tone can be quite attractive. Female fitness contestants for example, look amazing.

Also, three years of hormones and yoga will change how your body looks. Your musculature can definitely be toned down to a more feminine looking physique. Don’t let your current body build prevent you from moving forward. 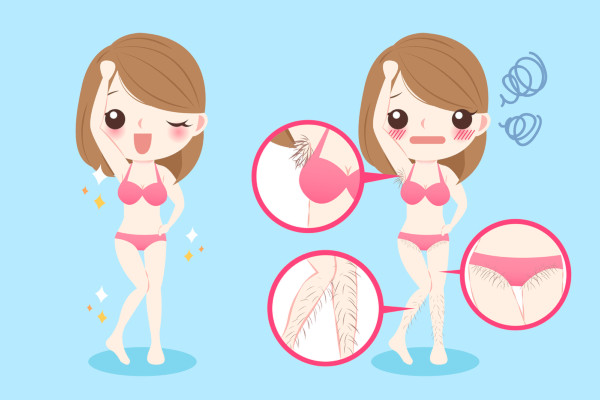 This excuse not to transition is easy to circumvent, at least for body hair. It’s called shaving and/or IPL/laser hair removal.

News flash! cis gender women shave their legs. You can too! Personally, I use a home IPL (intense pulsed light) unit and it works really, really well. I’m now shaving my body less often and with much less hair to remove.

Admittedly, the face is a greater challenge. The only permanent hair removal method for facial hair is by undergoing electrolysis. It’s a time consuming, painful and expensive process. But it’s definitely doable.

And if you want to transition, it’s just part of the deal.

It would certainly be nice to have a full head of luscious, feminine hair to call your very own. If you’re balding or thinning up top, you can change that—at a cost.

If you have enough hair that can be used as a donor area, then hair transplants are an option. If not to give 100% coverage, then enough to use as a base for anchoring hair extensions.

The other route to go would be to use either a topically applied hair regrowth product that contains minoxidil such as Rogaine or orally taking finasteride, the active ingredient in Propecia. Using both of them simultaneously can improve results dramatically.

Be aware that one of the possible side effects of taking finasteride is erectile dysfunction (along with a lowering of libido). As a sissy, this could actually work in your favor.

Then of course, there are always wigs. The preponderance of inexpensive, but also nice looking wigs now-a-days makes it so that having thinning hair, or even total baldness, is really not an issue—nor an excuse—when it comes to transitioning.

Reason #7 – Transitioning is Too Expensive 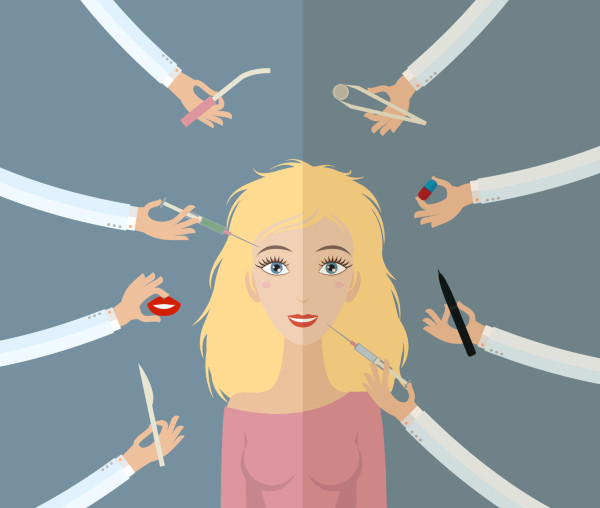 Like divorce, transitioning is expensive. And like divorce, that’s okay… because both are well worth it. Anytime you take on a challenging and complicated endeavor, like switching genders, it’s gonna cost you.

Even for trans girls who decide to forego the hormone and/or surgery route, there’s still expenses like hair removal, voice feminization lessons, clothes and makeup to consider.

If you don’t think it’s possible to look amazing without hormones or surgery, then you might want to take a look at this girl’s profile over on FetLife. BTW, that’s her in the photo below. Just so you know, she stands six-foot-three and has a penchant for wearing nose-bleed heels. 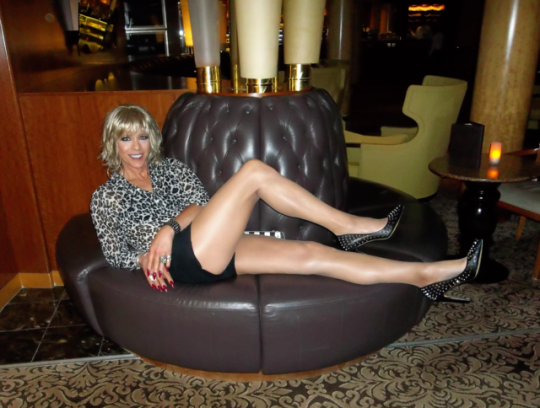 The good news is that with ever-changing attitudes regarding trans people, medical insurance companies, including Medicare, are beginning to come on board and sometimes cover FHT and even gender reassignment surgery.

If your insurance doesn’t happen to cover transition procedures, then you will have to pay out of pocket. But these costs can be saved-up for and spread out over time.

For example, you might start off with electrolysis, then move on to hormones. After that you can undergo FFS—which can be split-up into several different procedures. Breast augmentation can come next, followed up with bottom-end surgery, if you decide to go that far.

The thing is, if you want to transition badly enough, you WILL find a way to come up with the money. There is ALWAYS a way! You just have to get creative with the financing.

Stop With the Excuses Already 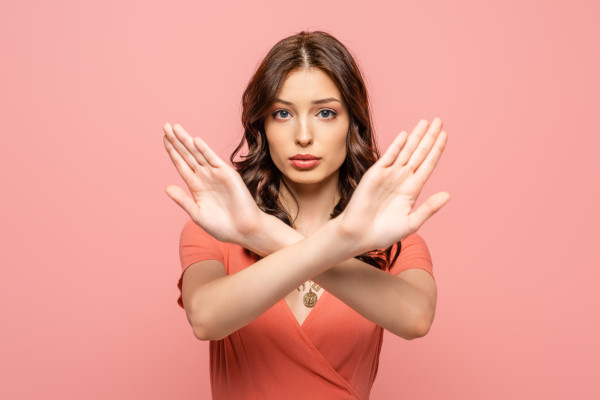 So, hopefully I’ve made it crystal clear that if you’re trans, or trans enough, then you really don’t have any good reasons to not transition and become the girl that you want to be. In fact, they were never actually reasons to begin with—only pathetic, pitiful excuses.

Show some sissy courage, and just do what needs to be done darling.

Are You Trans Enough?

Of course if you’re not sure if you are actually transgender, or trans enough, then you wouldn’t want to begin the transition process. To figure out if you are TG or not, you might find this article helpful: Are You a Crossdresser or Transgender?