8 Feminizing Foods Every Sissy Should Try

We sissies are notorious for spending an inordinate about of time to look our very best. From buying new clothes, shoes and lingerie to perfecting our makeup skills—and everything else in between—like shaving, weight loss and learning to sit, walk and talk like a lady.

But is there something more that you could be doing that would otherwise help along your feminization endeavors?

How about giving your femininity a little extra boost by eating feminizing foods that have been, more-or-less, confirmed to enhance estrogen levels in the body? Including them in your diet can play a small, but important, part in helping you to look, feel and actually become more feminine.

These plant based foods—much like feminizing herbs—are rich in chemical compounds known as phytoestrogens which, interestingly enough, have a strong tendency to bind with estrogen receptors within the body and imitate estradiol-like effects.

There are three sub-categories of Phytoestrogens: isoflavones (most common), lignans (2nd most common) and coumestans (least common).

In this article I will talk about eight phytoestrogen rich foods. I cherry-picked them from the chart in this article that ranks the top 50 plant-based foods that have the ability to create phytoestrogens. These elite eight are ranked from lowest to highest.

How did I pick the eight?

I wanted to include foods that represented a relatively wide range across differing food groups. Also, many—but not all—of the eight are foods that I enjoy eating myself; both because they are so-called feminine foods AND also healthy ones. 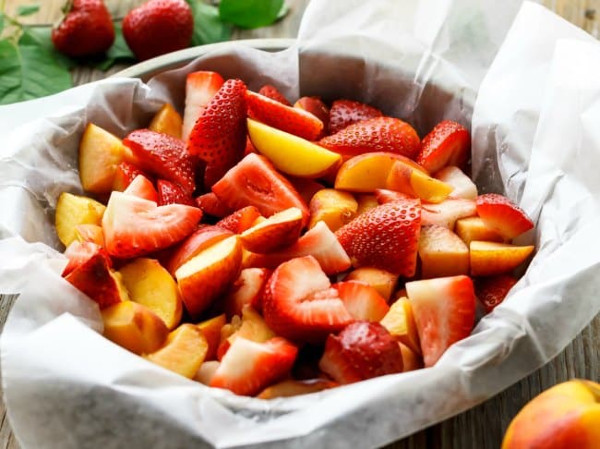 Peaches and strawberries contain phytoestrogens primarily from the lignans category. Although fairly low down on the above mentioned chart of 50, both fruits are readily available—particularly in the summer months—at your local supermarket.

Plus, they’re fruit. And these two types of fruits happen to taste incredibly good (I think anyway). Since I happen to be biased towards exceptional tasting fruit, they made this list. 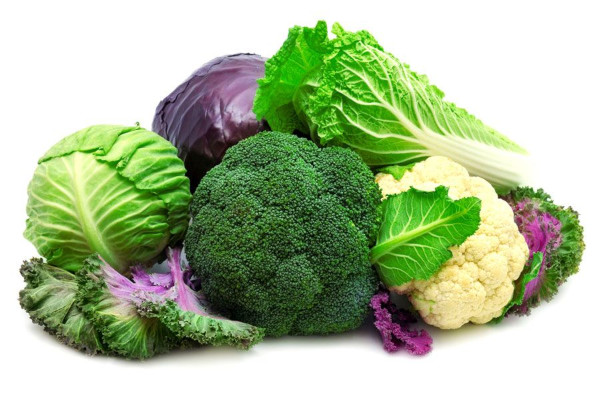 Like the above two fruits, broccoli, green beans and cabbage also derive the bulk of their phytoestrogens from the lignans group. All three belong to the cruciferous category of vegetables.

Although they rank higher up on the list of 50 phytoestrogen-rich foods than strawberries and peaches, all three of them are nested only about half-way up the chart.

I picked them for this list of eight because, not only are they foods that you’re familiar with, but you can buy them pretty much anywhere and in any season.

Plus, they’re vegetables! And vegetables are good for you, right? All of the three are fairly good tasting (IMO). So why not eat something that is good for you, tastes alright, but will also help you to become more feminine all at the same time? 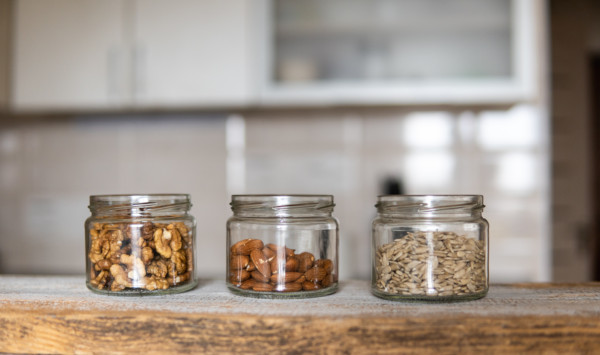 Walnuts, almonds and sunflower seeds inherit their phytoestrogens—again—from the lignans category. They’re, more-or-less, grouped together higher up on the list of feminizing foods than the three cruciferous vegetables (#7), but not all that much higher.

Nuts and seeds are, obviously, separate food categories from fruits and vegetables so it was a no-brainer to add these three to my list of eight feminization foods.

Plus, I happen to LOVE nuts and seeds, and these happen to be three of my favorites. If anything should be on this list, this phytoestrogen-rich trio should be! 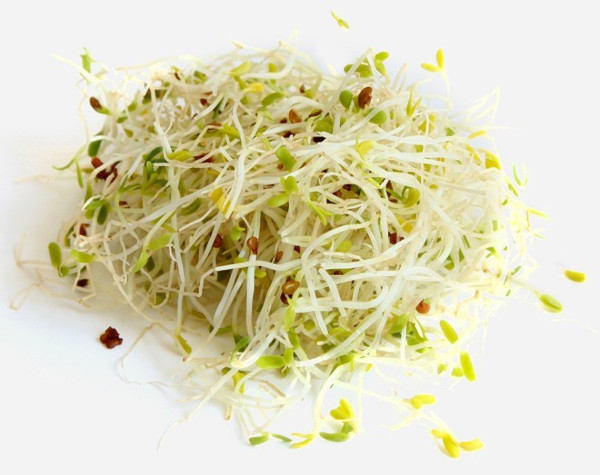 Alfalfa sprouts are different from the previous three types of foods as they acquire their phytoestrogens from the isoflavones group.

In the spirit of total transparency, I’ve never loved the taste of alfalfa sprouts and personally, rarely eat them.

I felt compelled however to put some type of feminizing food on this list that I wasn’t particularly fond of. It makes me look like I’m not such a biased bitch—although I probably am. Plus, sprouts happen to be at a fairly lofty #26 on this list of 50.

Anyway, if you like alfalfa sprouts, go ahead and eat them to your heart’s delight. They may turn out to be that slight edge your looking for in order to complete your femininity. 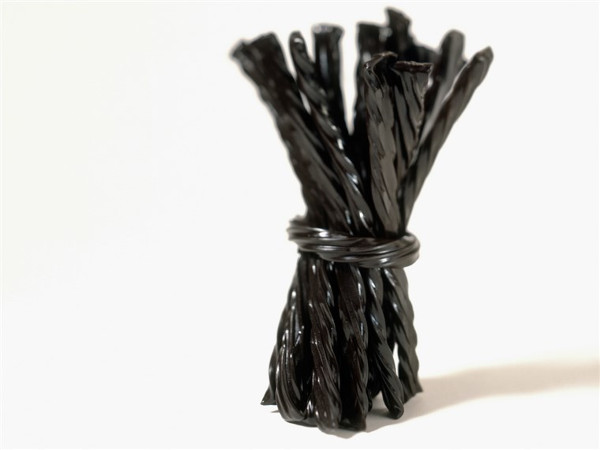 I included black licorice—not just because it holds down an impressive #21 position on the list of 50 foods that are high in phytoestrogens—but also, as feminizing foods go, it’s an anomaly. Licorice happens to receive almost equal amounts of its phytoestrogens from both the isoflavones and lignans groups.

Honestly, I haven’t eaten a piece of licorice since I was a little kid. But writing about the subject of feminizing foods has inspired me to try some soon.

If you’re not into candy, there are different forms of licorice root available: liquid extract, powder or licorice tea. 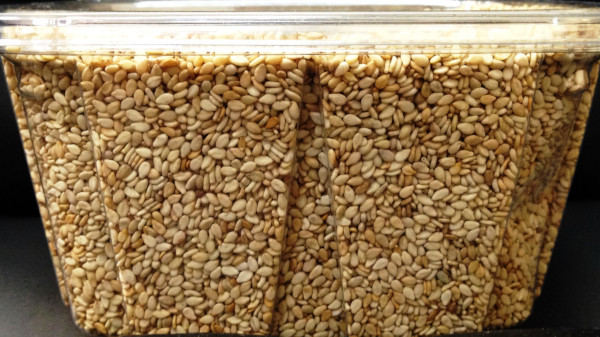 There is a ginormous increase in the phytoestrogens present in feminizing foods that inhabit in the top tier of the chart in this article.

Since sesame seeds are #10 on that list they deserve your undivided sissy attention. Like sunflower seeds, they’re almost wholly comprised of the lignans type of phytoestrogens.

But—and this is a HUGE but—they have 40 times the amount phytoestrogen than sunflower seeds. That’s the reason why I separated them apart from their step-sister seeds.

Besides all the health benefits that these tiny seeds provide, they are pretty damn tasty! It doesn’t get much better when it comes to an estrogen-rich food.

I did buy a jar of sesame butter recently and wound up eating way too much of it in one sitting. Warning: be careful, if you know what I mean. 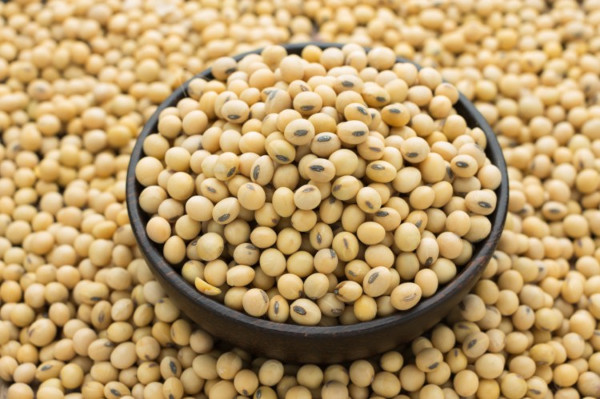 I’ll come right out and blurt it out… I’m not a fan-girl of soybeans… or anything soy related for that matter. But since soy products in general—and soy beans in particular—contain such a huge amount of phytoestrogens, I was forced to include them on my list of the top 8 feminization foods.

However, while doing some fact finding on soy beans (they belong to the isoflavones category – not that you cared), I dug up this report that serves to confirm my bias.

To be completely fair to soy beans, it would be possible to find an opposing opinion on many of these estrogenic foods. 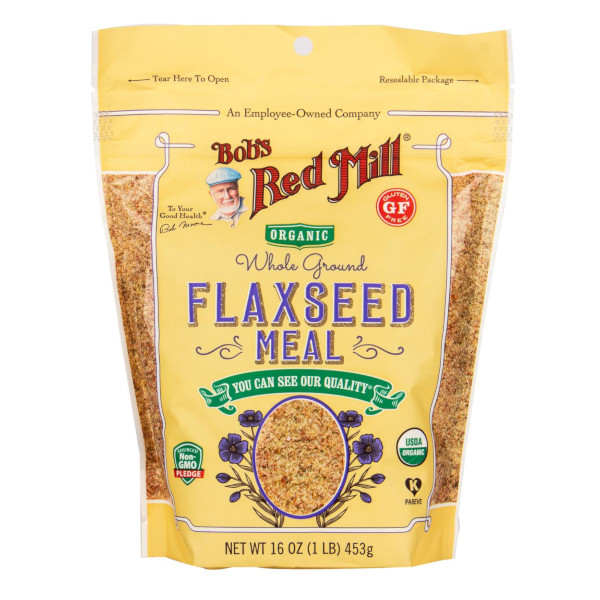 Flaxseeds, sit atop this list—as well as everyone else’s—for a damn good reason. Their phytoestrogen content, mainly coming from the lignans category, are three times the amount of soy products… and literally light years ahead of all the other feminizing foods put together!

As a sissy interested in augmenting your femininity, the only question you should be asking is, “what’s the best way to get flaxseeds into my body.”

My answer is… flaxseed meal.

In this form, you can sprinkle it on just about any food you want. I prefer to eat flaxseed meal (almost everyday BTW) straight from a spoon. Since it quickly breaks down into a sticky-like substance once inside the mouth, I like to chase it with an apple. But you don’t have to be a weirdo like me.

In wrapping things up, becoming a sissy is a process… consisting of several, relatively small segments of sissifying endeavors working together in a symbiotic fashion.

Although eating phytoestrogenic, feminizing foods play a seemingly paltry part in your entire sissification process, you don’t wanna be a sissy that can’t see the big picture ’cause you’re stuck inside the frame.

Every little bit you do, including adding feminization foods to your diet, will help you to become a more well-rounded—hopefully in the right places—sissy.

Feminizing foods will take you down the road to sissification. But Feminizing herbs will take you even further. There are estrogenic herbs that are more potent than foods. I just happened to write an article about these herbs that I think you might find interesting: 10 Feminizing Herbs That Increase Estrogen.