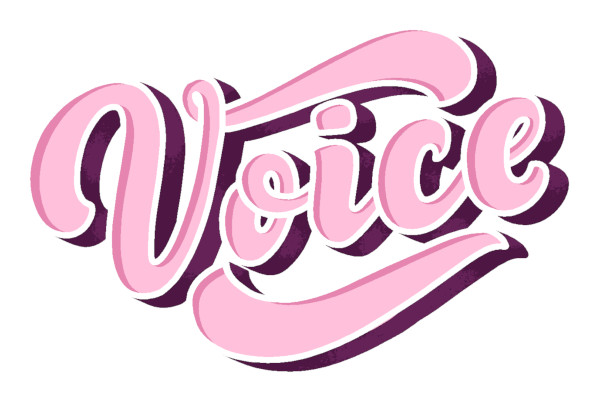 Many of us sissies focus our feminization efforts on looking as good as we possibly can. If and when we muster enough courage to venture out into the real world, we wanna look our goddamn best!

A “worthy objective” I can hear you say. But the problem sweetie is that when you’re saying those words, it’s likely you don’t sound one-tenth as good as you look.

With all of your attention and effort fixated on your hair, makeup and clothes, you’ve managed to neglect a super-critical aspect of preparing yourself to step out onto the social stage.

For when you open those perfectly painted lips of yours to say something—and at some point, you WILL have to talk—what comes out may not be congruent with how damn good you look.

I’ve recently had to come to terms with my own shortcomings in the voice feminization department and decided to do something about it.

Turns out, perfecting a feminine sounding voice ain’t so damn easy. In fact, it’s much more difficult than I ever thought it would be.

It will also take a serious amount of time. Voice feminization can be a dial-up-slow process. A guided meditation program like Feminessence might help speed things up.

But of course, if voice feminization for sissies is a problem for you and me, then it’s most likely an issue for many other sissies and crossdressers alike… which means there’s a ton of information available on how to change your voice to match the sissy that you are.

So I proceeded to delve deep into the vast subject of how to feminize your voice. This article details what I came up with.

The Two Parts To Voice Feminization 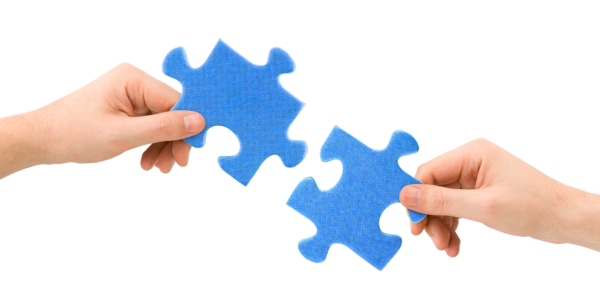 Making your voice sound higher, brighter and lighter—and more feminine—all comes down to reducing the overall length/size of your vocal tract.

To illustrate this concept, try blowing across the top of an empty 1 gallon jug. Now fill that same jug half-way up with water and try blowing again. The smaller space makes for a higher pitched sound.

It’s the same with your voice!

There are two ways to make your vocal tract shorter and smaller.

In the spirit of making a seeming complicated subject simple, I will divide this article into two parts.

Part 1 will be about how to shorten the vocal tract length (VTL) by learning how to raise the larynx.

Part 2 will be about reducing the space inside your mouth by learning to enunciate specific sounds and letters in a modified manner.

Part 1 – Raise the Larynx and Shorten the Vocal Tract 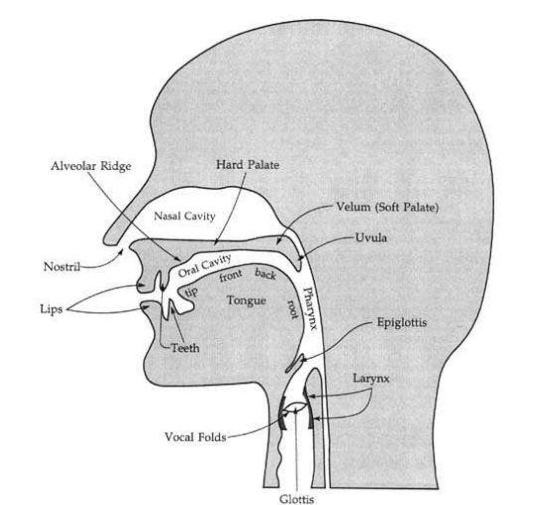 The larynx, or voice box, is the part of the body located inside the throat area that houses the vocal folds—or vocal cords, if you prefer that term.

During male puberty, increased production of testosterone causes the larynx to drop down, creating a longer vocal pathway. This elongated pathway means air from the lungs must now travel further from the vocal folds to the lips, resulting in a lower pitch.

In genetic girls, the larynx is positioned up high. This shorter vocal tract length is the main reason for their higher, brighter and lighter voices.

As a sissy, you will need to raise your larynx back up to your pre-puberty position in order to shorten the vocal tract length, which will correspondingly raise the pitch of your voice. This is accomplished by both retraining and strengthening the appropriate neck and throat muscles.

To help explain these concepts more clearly—as well provide you with a very cool practice exercise—I suggest you watch this voice feminization video by Zheanna Erose… at least up to the 6:25 mark:

Of course, anyone can temporarily raise the pitch of their voice so it sounds higher. The problem is that it takes a continuous amount of effort to keep the larynx in this raised position. It’s difficult to continue to breathe naturally while doing this. Also, it doesn’t sound all that convincing either; but rather fake and artificial.

The idea is to permanently raise the larynx. Then through practice (lots of it), custom-tune things so that your now higher-pitched voice sounds more natural and feminine.

Changing your voice quality by learning to raise the larynx is a lot like improving your posture.

Slumping over with a curved spine is merely a habit that one has perfected over a lengthy period of time. Learning to stand or sit with an erect upper body takes awareness and then some concentrated effort in order to re-train the muscles that are involved.

Similarly, you’ve been speaking with a masculine, lowered larynx for many years. You need to create a modified muscle memory path that will let the larynx rise up into it’s new, natural—raised position. Establishing this laryngeal location as your default will take some time and practice.

In order to get a feel for how your larynx moves up and down, place two fingers right on the voice box then swallow and hold. This is the raised position you want to train your larynx to be comfortable in.

To help achieve this, one tried and true method to begin with is the “Big Dog, small dog” exercise. Here’s a video demonstrating it:

Once you have gained a good feel for the “Big Dog, small dog”, you can move on to the “whisper siren” exercise. Watch the video:

You will want to practice the “whisper siren” several times throughout the day—EVERY DAY.

Eventually you will learn to lift the larynx easily, without straining the neck and jaw muscles.

As you get more comfortable, you will be able to keep the larynx raised without expending much effort or creating any tension.

Be aware that re-training the muscles that control the height of the larynx is a process that will take weeks and even months of practice. Like other aspects of becoming a sissy, feminizing your voice is a process and will take a certain amount of dedication.

Once you have mastered “Big Dog, small dog” and the “whisper siren”, it’s time to take things to the next level.

But before that, I suggest you scroll back up the page and re-watch the very first video (from 5:00 to 5:30) for an example of how Zheanna Erose of “TransVoiceLessons” seamlessly makes the transition from a higher pitched sound to actual words. 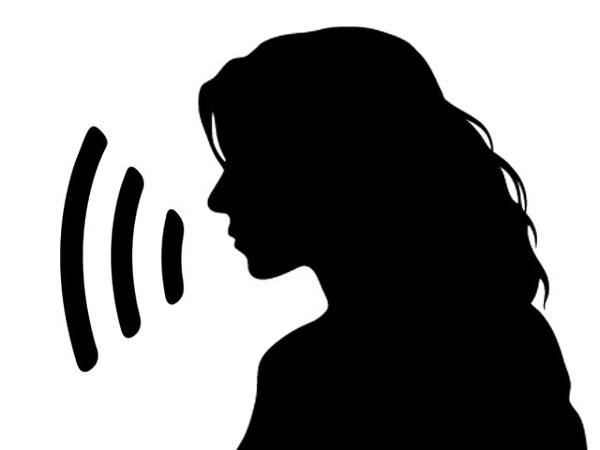 When you can comfortably raise your larynx without any strain or tension and, more-or-less, keep it in this uplifted position, it’s time to refine your higher-pitched voice by using it to begin speaking—or singing— real words.

Progressing to this stage is NOT something that you want to rush into before spending the proper amount of time preparing with the above exercises.

But when you’re ready, this is akin to learning a foreign language. You need to actually practice talking in that new language in order to become proficient. Same with your feminine voice.

Here are some ways you can practice using your new feminine voice:

A generally acceptable pitch range for a female voice is 150-185hz. Over 200hz would be preferable.

Keep in mind that there are many GG as well as TGs, CDs and sissies who have feminine sounding voices that fall well below 200hz.

A great tool to measure your pitch is the Vocal Pitch Monitor app.

Part 2 – How To Make Your Mouth Cavity Smaller 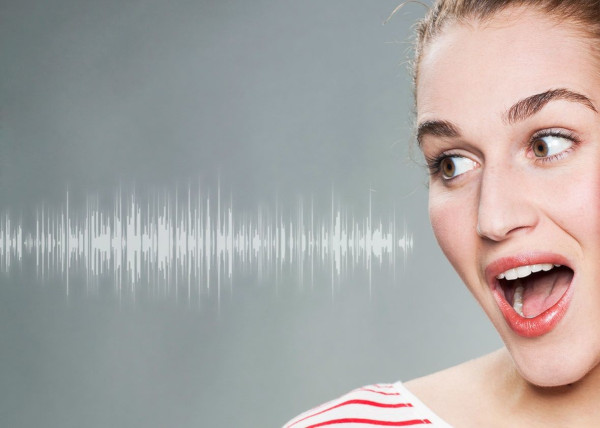 While raising the larynx is pretty much a fairly straightforward and understandable process, reducing the size of your mouth cavity is anything but.

Voice feminization experts and speech therapists (of which I’m neither), frequently mention terms such as:

But there’s absolutely no reason to feel overwhelmed. From what I’ve learned, if you can master raising your larynx, you’re pretty much got 75% of the voice feminization puzzle figured out.

Becoming proficient at reducing the size of your oral cavity will enable you to fine-tune and perfect your feminine voice.

Think of it as icing on the proverbial cake… sometimes the cake tastes good enough on its own.

Because of the seemingly complex methods of obtaining a smaller mouth, I searched around and stumbled upon a fairly simple approach—that originated from one of those speech therapists—that helps in changing the inside dimensions of your mouth cavity. 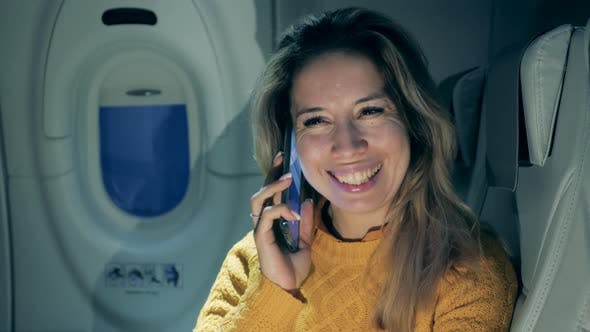 E refers to the vowel ‘E’. While looking in the mirror pronounce the sound E (like in he words see or tree). When making this E sound, notice that you smile, which tends to brighten your resonance.

You want to get into the habit of E-ing all of your vowels by smiling when you say them.

No doubt you will feel like an idiot at first… but you’ll eventually get used to it.

‘Open’ also refers to maintaining a relaxed, open and flowing feel to your mouth and throat. Tightening the tongue and lips can have the effect of moving any resistance that is present to the rear of the mouth cavity, producing a darker sound.

To be honest, I’m not exactly sure how speaking with this “E – Open” method makes the mouth cavity smaller and influences the resonance of your voice—but it seems to do just that.

To summarize, raising your larynx combined with reducing the space within your oral cavity will make for an overall shorter and smaller vocal track, resulting in a higher, brighter and more feminine sounding voice.

If you would like to read an extensive and in-depth tutorial on voice feminization for sissies, check out L’s Voice Training Guide over on Reddit.

From my own personal experience, I would advise tempering your expectations.

Creating new muscle memory pathways and learning to use your tongue, lips and mouth to form letters and words in ways that you’re not accustomed to is no stroll in the park.

Most every sissy, CD and TG that has been able to achieve a passable feminine voice has spent the necessary time (a lot) and effort to get their voice where they prefer it to be.

Like everything else about becoming the sissy of your dreams, voice feminization is a process. There’s no reason to rush things so please be patient with yourself.

From Voice Feminization to Venturing Out in Public

Many CDs, TGs and sissies shy away from venturing out in public. By feminizing your voice, you will have more confidence to take yourself public. I discovered a little tip for enhancing the confidence factor even more, which I wrote about it here: A Sissy Tip For Crossdressing in Public.