The Sissy Weight Loss Manifesto – Part 3
The What

Note: This is Part 3 of the 3 part “The Sissy Weight Loss Manifesto” series. For optimal results, skipping past Part 1 – The Why or Part 2 – The Way is NOT recommended. 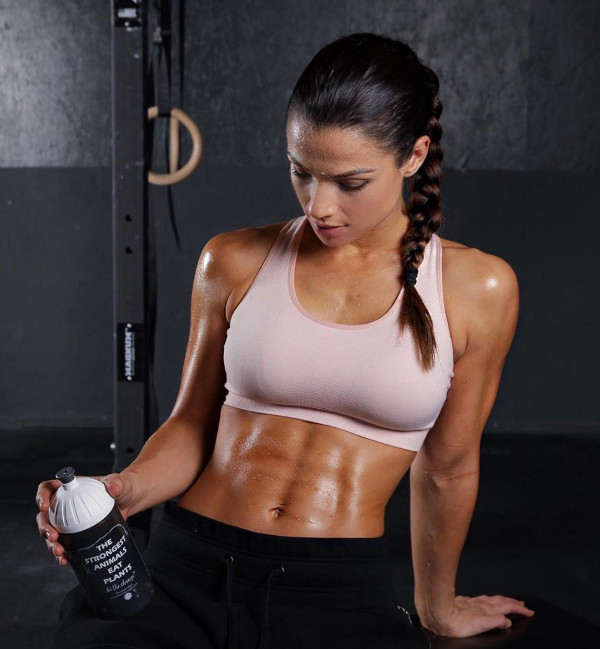 Any sissy worth her high heels most likely has a penchant for looking slimmer and sexier. Having worked in a gym environment as a personal trainer—and more recently becoming a skinny sissy—has given me certain insights into what it actually takes to shed those extra pounds.

I would guess that over 90 percent of people (including sissies) approach losing weight something like this:

I once watched a YouTube video that chronicled a group of six who embarked upon a 60 day “Insanity” workout before-and-after experiment (remember that program?). After the two months were up, I didn’t really see that much difference in how their bodies looked. I’m sure they were stronger and fitter, but they definitely weren’t any skinnier!

The reason for their lack of results in the weight loss department was because they neglected the one, most important factor.

The Truth About Sissy Weight Loss 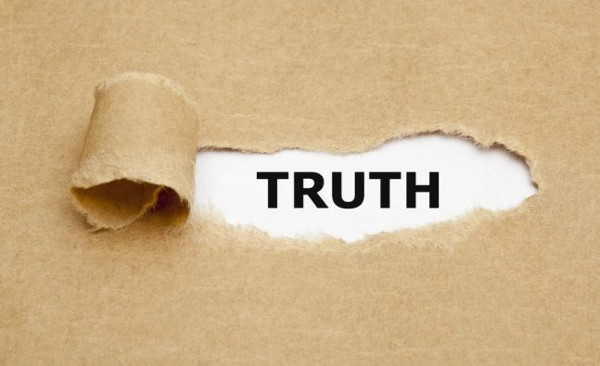 As a former cardio freak, I can attest to the fact that by doing a shit-load of aerobic exercise—like running—will cause you to slim down. Yes, it’s possible to use a strenuous activity such as running to lose weight while eating pretty much whatever you want.

But there’s an important and often overlooked shortcoming with this approach to weight loss.

Most sissies, including you princess, probably won’t want to do cardio 45 minutes to an hour a day, six or seven days a week. Even for those who want to initially spend this much time exercising, it’s just not sustainable (with few exceptions) over the long run in order to shed the fat.

What I’ve come to learn—the hard way—is that…

Weight loss is 80 percent diet! Here’s a different way to eat that might appeal to you.

Relying on exercise to support your eating habit is a rat-race that is very hard to win.

What Sissies and Supermodels Have In Common 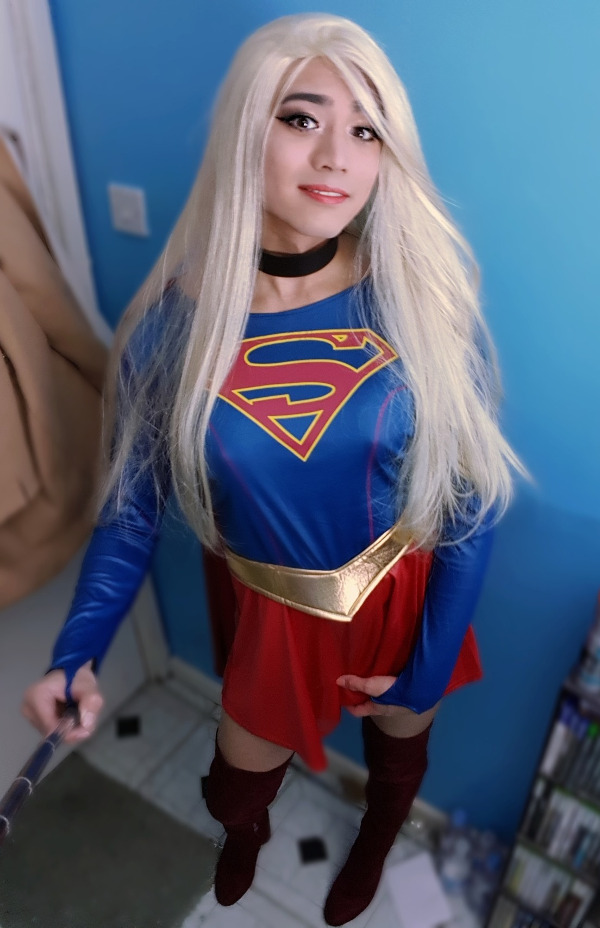 You may not look like a super model—hell, I certainly don’t—but that doesn’t mean that we’re not kindred sisters to them when it comes to the desire to be thin.

“Nothing tastes as good as skinny feels”

I can relate to that quote and if you can’t, maybe someday soon you will. The challenge is that if you happen to live in a prosperous culture—like America—there is an overabundance of great tasting food available… and way too many of us tend to eat way too much of it.

We happen to be the fattest fucking country in the world and the blame can directly be placed on the Standard American Diet (aka SAD). The last half of the 20th century saw us being indoctrinated into believing—by vested interests and misinformed health experts—that eating a low fat diet along with ample amounts of whole grains was a healthy way to eat.

We now know that this is pretty much the exact opposite of the way our bodies were designed to get its nutritional needs met. But most everyone has been exposed to propoganda that has had the effect of conditioning us to ingesting highly addictive, processed food.

Our species, homo-sapiens, have been on this planet for 300,000 years. Agriculture was invented only 10,000 years ago. Before that, there were no soft drinks, no pizza, no pasta, no bagels, no ice-cream and no sandwiches to eat. As far as wheat goes, the past 100 years has seen this so-called heart-healthy whole grain being adulterated by hybridization and excessive processing.

Do you really think that we as a species were put on this earth—or evolved as humans—without the necessary foods and nutrients available to survive and thrive?

What do you suppose, my dear sissy, everyone was eating BEFORE the advent of agriculture and food processing… like for over a quarter million years?

The answer: Whatever the fuck they could gather and hunt.

You get the picture. So what’s wrong—and fattening—with crummy carbohydrates?

Eating fat does not make you fat! It’s the crummy carbs that spike your blood sugar, that signals the release of high amounts of insulin; that’s the culprit.

That’s why true nutritional experts advise spending the majority your shopping time at the perimeter of the grocery store; that’s where most of the the one-ingredient or whole foods hang out.

I’m going to take a wild guess. If you’re overweight now, you are probably consuming things like soft drinks, pizza, pasta, bread and cookies. Maybe even a bit of beer too.

You may not know this right now but processed crummy carbs are highly addictive!

Stop eating them cold turkey and you will become acutely aware of this fact. Significantly reducing your blood sugar levels will certainly give you a headache and most likely make you feel like a piece of shit.

If you aspire to be a skinny sissy, you will want to transition to a diet consisting ALMOST entirely of one-ingredient foods.

Side note: Eating like this will not only allow you, over time, to lose lots of weight but your overall health will also improve dramatically.

The question is, how are you going to pull this off? 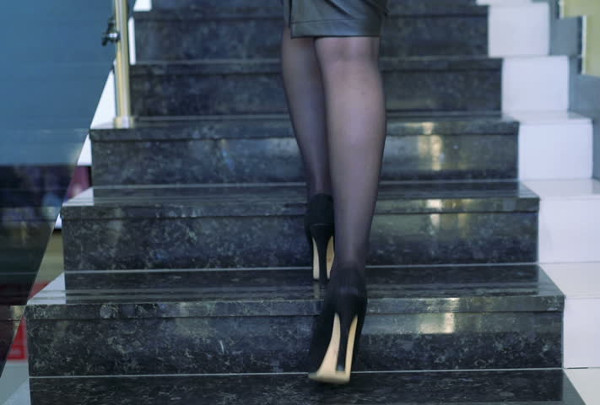 The answer of course is… one small sissy step at a time.

Make the transition to eating one-ingredient foods a fun, but challenging activity. Try eliminating just one crummy carb from your diet at a time. Instead of having that soft drink, drink a glass of water instead.

By drinking nothing but water—or tea or coffee—will allow you to lose 47 pounds in one year! The numbers never lie sissy.

Once your body as adapted to eliminating one source of crummy carbs, move on to the next food item. Don’t agonize over the decision, just pick a food that you feel that you could maybe live without. As you’ll soon see later, you won’t have to give it up 100 percent of the time.

Once you have adjusted to eating less crummy carbs, you will notice:

Comfortably transitioning to one-ingredient foods may take a few weeks or a few months, depending on how addicted to your current way of eating you now are. A big sticking point for many is moving away from eating bread—people love their sandwiches!

For inspiration and motivation, there are some really great books on the Paleo Diet, The Keto Diet and others that talk about the many downsides of eating modern-day wheat. You can also buy or bake bread using almond flour.

It’s also a good idea to include a ‘cheat day’ once day a week. On that one day, allow yourself to eat as many crummy carbs as you want. While you’re transitioning, you won’t feel so deprived; plus you will have something to look forward to during the week. My favorite cheat food is my Kryptonite… ice-cream. I’m also not willing to give up 72% dark chocolate.

What will define your life—and your body weight—is not what you do 15 percent of the time. It’s the other 85 percent (6 days a week) that make all the difference.

Once you have adopted this new way of eating, you will find that your cravings for crummy carbs naturally subside. For instance, I don’t miss pizza a bit and sandwiches are just an infrequent, albeit fond, memory.

The Next Sissy Step: Intermittent Fasting 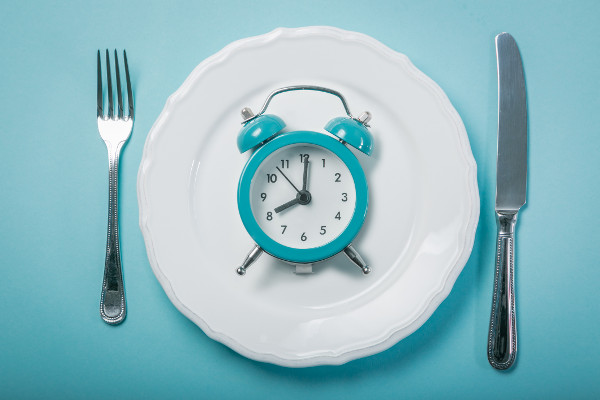 Once you have mastered—more-or-less—eating one-ingredient foods, you’re ready to take your diet to an even higher level of health. It involves two things; when you eat and how many meals you eat.

One popular form of IF is the 16-8 intermittent fast. Say you eat dinner at 7pm. Your next meal would be at 11am the following morning. Basically, you would be eating two meals per day and—theoretically anyway—consuming less total calories.

Just like eliminating crummy carbs, intermittent fasting can be introduced into your life slowly, over a drawn-out period of time. Try it out for one or two days per week to allow your body to adjust to it. It’s easier than you might think. There are no sissy rules that dictate that you must eat three meals a day.

Although there are several iterations of IF (check out the link above), I prefer the 16-8 intermittent fast—which provides for an 8 hour eating window. I typically eat my first meal around 11am followed by dinner no later than 7pm.

Since I love breakfast type foods, my initial meal often-times includes eggs in some form. Any suggesstion of eating early in the morning—breakfast is the most important meal of the day—is pure, unadulterated bull-shit.

This deception of the truth was orginially popularized by breakfast cereal companies in their quest for higher profit margins. It’s amazing what people will continually believe when a lie such as this is mindlessly parroted by everyone around them.

Being Skinny Is Most Definitely For Sissies

There are plenty of really good reasons for sissies like you and me to be skinny. I talked about them back in Part 1 – The Why. Now you know exactly what to do to get slim and trim and become the sexiest sissy you can possibly be.

I realize I’m sounding like the proverbial broken record but… like everything else about becoming a sissy, losing weight is a process. Don’t underestimate the power of establishing 10 pound weight loss compartments, classes or categories—however you want to label them. I talked about this concept in Part 2 – The Way.

Spend a significant amount of time in each compartment until both your body and mind have adjusted to their new reality. After experiencing six months to a year being 10 pounds lighter, you will have permanently changed how you psychologically identify with yourself, in terms of how much you weigh.

You will experience absolutely no cognitive dissonance. You will wholeheartedly believe that you belong in this newer, lower weight-class simply because… it’s been your truth for an protracted period of time.

If and when the time is right—and you will intuitively know when that is—work on moving down to the next lower 10 pound weight compartment.

Once you’ve experienced the simplicity of this new way of eating—feeling clear-headed, super-healthy and looking better than you ever have—you’ll have conquered any desire to ever return to being an overweight sissy.

If you’re interested in achieving that coveted—and much admired—hourglass figure, you may want to check out my article: The Sissy Feminizing Workout For an Hourglass Figure.